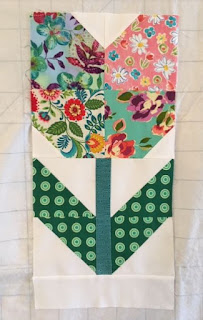 Here’s your chance to break out those wild and crazy prints you’ve been wondering what to do with! This block is made up of two parts - the top “petals” are basically a four patch of 5” squares with snowballed corners. The bottom “leaves” are four HSTs with the addition of a stem.

Leaves - any green tone-on-tone, stripes are fun but choose whatever you like, no solids
Two 5” squares

Stem - a different green, a horizontal stripe is good here too, no solids
1 ½” X 8 ½” rectangle

Posted by MQG Victoria at 16:25 No comments:

Quilts shown by members this month:

Lois learned about inset circles in Lorna Shapiro's workshop, passed on her knowledge in a demo at a recent meeting, and now here's a quilt she made using this technique.

Ursula brought three pieces that she made in recent workshops: 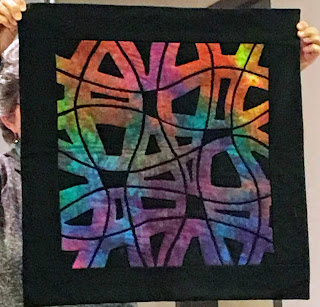 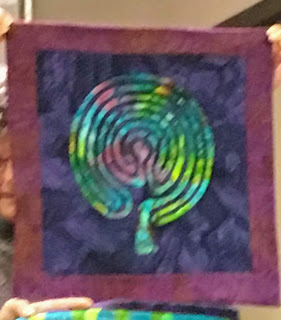 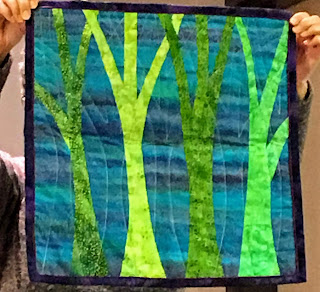 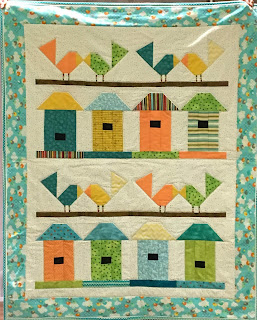 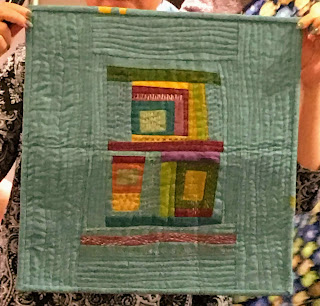 Barbara's been working with penguins (there were elephants on the back!) 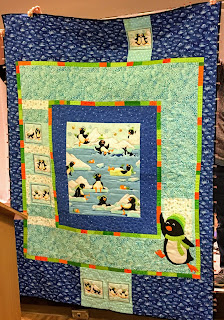 Taking advantage of the last of the snow before it melted, Sharon did some snow dyeing on fabric 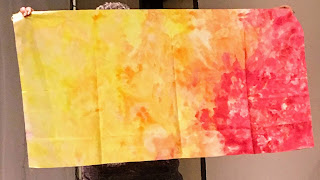 Rosalie made a mini with hearts representing the members of her group that goes on retreats. 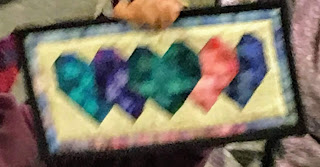 She also made this large geometric quilt 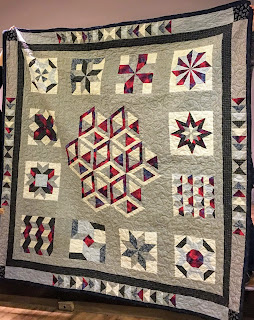 Liz made this 'Boomerang' pattern quilt for her sister's wedding gift.... 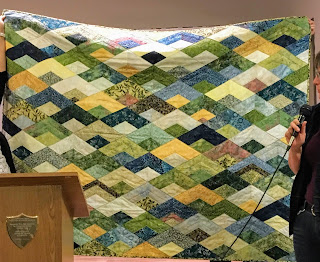 .... and she used up all the leftovers to make smaller projects 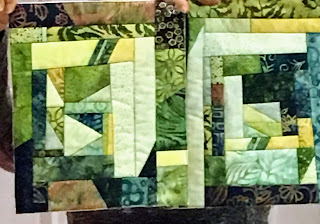 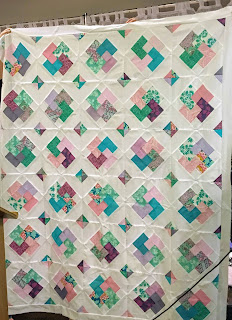 Maureen made this one in a workshop with Chris Bowen 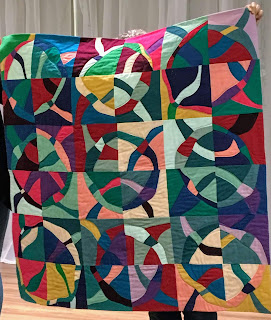 Marianne showed some of her inset circles she's been working on 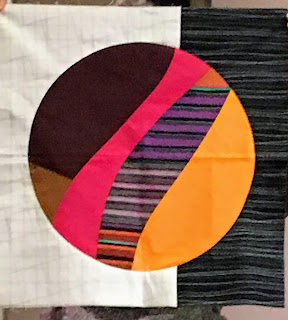 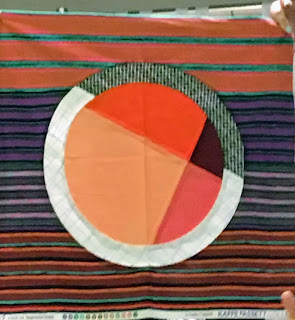 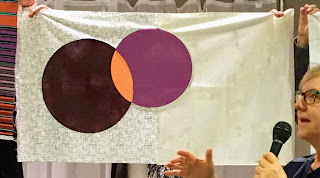 Cindy's sister asked for a bag to hold her Catan games... she made it big enough to hold the games, a bag of chips AND a bottle of wine! 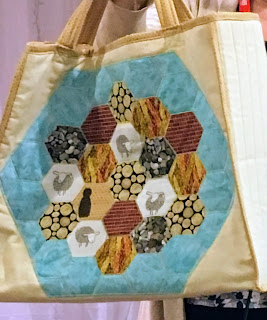 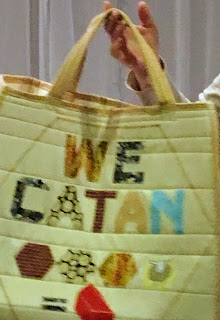 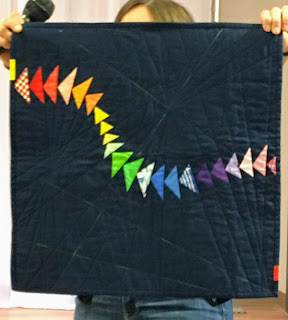 Sarah tested this paper pieced bee for Lillyella, and showed some of the blocks she's been making in the monthly foundation paper piecing club with Quietplay. 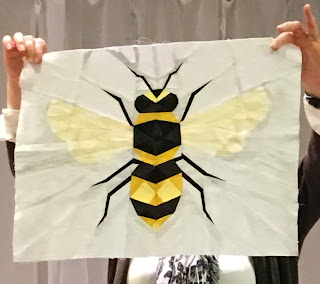 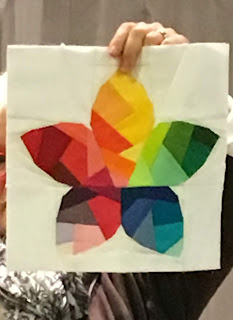 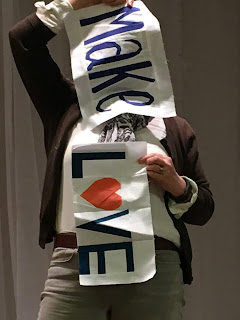 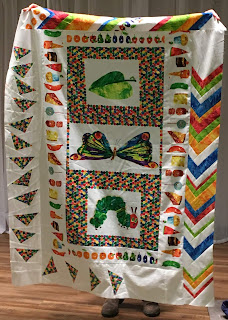 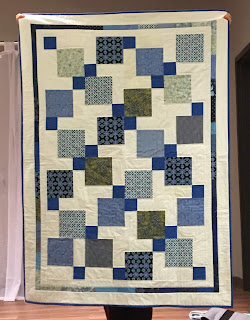 Maureen's quilt 'Separation at the Border,' represents parents and children being separated and the emotions they go through. 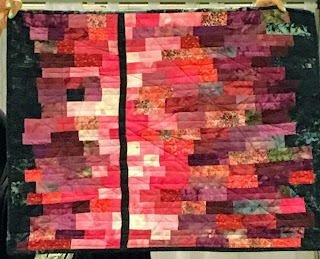 Posted by MQG Victoria at 17:34 No comments:

Recently we had three great demonstrations by guild members on different binding techniques. Jo-Anne Allbutt showed how to do facings - binding that is completely hidden on the back of the quilt, often used for quilts that will hang on the wall. Here are her instructions:

- 4 strips of fabric (measurements are based on 2 ¼” strips)
2 strips 2” shorter than the top and bottom length of quilt
2 strips 2” longer than the sides of the quilt.
- ¼” foot works wonders
- spray starch, best press or spray water